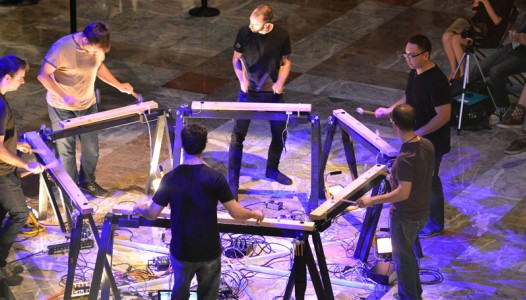 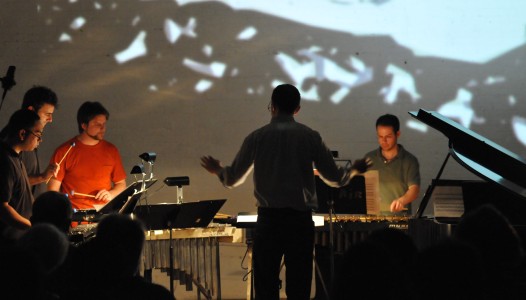 Percussion is the primeval art of hitting stuff to communicate. For millennia humans have expressed themselves by striking wood with sticks, pounding on stretched animal hide with hands, and making music on metal. Percussion is likely the oldest of all musics, save the human voice and the songs of nature.

And here we each sit in a century of technological wonder... yet there are still people beating on pieces of wood, creating coordinated sounds through primal means.

Mantra Percussion brings this ancient art to our new century.

Committed to honoring the deep past and expanding the far-flung future of percussion music, Mantra brings to life new works for percussion by living composers, collaborates with artists from diverse genres and styles, and questions what it means to communicate by making music with and on percussive objects. They devote their collective energy toward engaging new audiences by challenging the standard concert format through evening-length events that look toward a grander artistic vision.

They strive for each performance to be a significant moment — their mantra.

Mantra recorded one of TimeOut New York's Ten Best Classical Albums of 2011, Aaron Siegel's glockenspiel octet (with organ), Science Is Only A Sometimes Friend on Lockstep Records, and Michael Fiday's Hands On! on Innova Records, which the UK's Gramophone magazine praised as "a disc to treasure..." 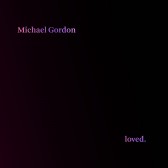 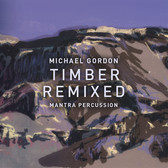