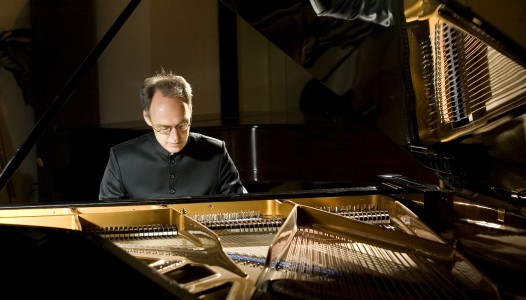 Michael Harrison, composer and pianist, has been called "an American Maverick" by Philip Glass. Through his expertise in "just intonation" tunings, Indian ragas and rhythmic cycles, Harrison has created "a new harmonic world of vibrant sound" (The New York Times). With a uniquely personal style that transcends the ages, his music is both forward-looking and deeply rooted in different forms of traditional music. This unique perspective, alongside a simple and elegant gift for melody, makes him a composer who can reach a wide range of audiences.

Time Loops, a collaboration with cello innovator Maya Beiser, is the second CD of Harrison's works for Bang on a Can's Cantaloupe Music label (October 2012 release), and includes the Young People's Chorus of New York City (YPC), and Payton MacDonald (founding member of Alarm Will Sound) on tabla & percussion. The featured work Just Ancient Loops builds up to 20 layers of pre-recorded cellos, and was premiered by Beiser at the Bang on a Can Marathon in June 2012 along with an art film that was created for the project by multimedia artist Bill Morrison. Also on the CD is Hijaz, which was commissioned by conductor Francisco J. Nunez and YPC, and featured on YPC's 10th AnniversaryTransient Glory program at the 92nd St. Y in New York in May 2011, and subsequently broadcast nationwide on American Public Media.

Revelation, Harrison's first recording for Cantaloupe Music (a multi-year project), was chosen by The New York Times, The Boston Globe and Time Out New York as one of the Best Classical Recordings of the year, and received awards from the Classical Recording Foundation and IBLA Foundation. Music critic Tim Page wrote, "Say it plainly - Michael Harrison's Revelation: Music in Pure Intonation is probably the most brilliant and original extended composition for solo piano since the early works of Frederic Rzewski three decades ago (and no, I am not forgetting Elliott Carter). What could have been a mere glossary of unfamiliar sonorities made possible by Harrison's unconventional tuning of a grand piano turned instead into a virtuosic tour-de-force that would have done credit to the hypothetical team of Franz Liszt and Claude Debussy working overtime."

The JACK Quartet is premiering Harrison's new work Chant at the Metropolitan Museum of Art in December of 2012, as well as the West Coast premiere at The Da Camera Society of Los Angeles in February of 2013. The Centre Pompidou in Paris exhibited The Bragdon Pavillion, a multimedia collaboration with French artist Loris Greaud, from May-September 2011. Recent grants and fellowships include the Aaron Copland Fund for Music, Inc. (2012, for Time Loops), Classical Recording Foundation (2012, for Time Loops), MacDowell Colony (2012), and Djerassi Resident Artists Program (2013).

As a pianist, Harrison has performed his music and received premieres at the Spoleto Festival, Klavier Festival Ruhr in Germany, Palazzo delle Esposizioni in Rome, American Academy in Rome, Newman Center for the Performing Arts in Denver (solo and with composer/clarinetist Evan Ziporyn), Music in the Morning in Vancouver (with author Stuart Isacoff), Other Minds Festival in San Francisco, and in New York City at Lincoln Center for the Performing Arts, United Nations, Symphony Space, Merkin Concert Hall, Kaufmann Concert Hall at the 92nd St. Y, Wordless Music Series, numerous Bang On A Can Marathons at the World Financial Center, and with Kronos Quartet at Carnegie Hall performing with his mentor Terry Riley on In C.

In between his studies at the University of Oregon, Harrison traveled to New York City where he worked closely with La Monte Young, preparing all of the specialized tunings and scores for Young's 6.5-hour work, The Well-Tuned Piano (in 1987, Harrison became the only other person besides the composer to perform this extended work). In 1986, Harrison designed and created the "harmonic piano," an extensively modified grand piano with the ability to play 24 notes per octave. Kyle Gann from The Village Voice hailed the harmonic piano as "an indisputable landmark in the history of Western tuning," and the instrument is described in detail in the second edition of the Grove Dictionary of Musical Instruments.

Harrison is a disciple of the late Pandit Pran Nath, with whom he studied classical Indian vocals since 1979, and has performed solo, and with Terry Riley, as a vocalist, pianist, and on tamboura in numerous concerts and trips to India. Since 1999, he has continued his studies and performs with master Indian vocalist Ustad Mashkoor Ali Khan. Harrison is the co-founder and president of the American Academy of Indian Classical Music, has taught graduate seminars at the Manhattan School of Music, and was on the faculty of the Bang on a Can Summer Institute at MASS MoCA. Recordings of Harrison's works have also been released on New Albion Records, Important Records, and Fortuna Records, and chapters are devoted to his work in the books Grand Obsession (Scribner, by Perry Knize), and Temperament (A. Knopf, by Stuart Isacoff). 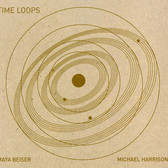 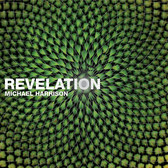