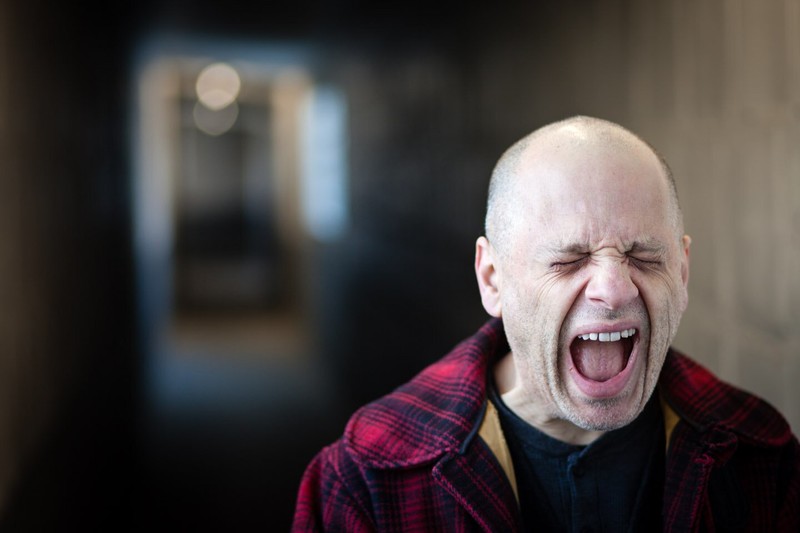 (read the full article on Pitchfork)

In 2008, David Lang won the Pulitzer Prize for a work called The Little Match Girl Passion, which paired four singers with some small hand bells. That was it: the rest was ringing silence, Lang's careful, mazelike vocal writing, and a quiet mournfulness that troubled and changed anyone who heard it. Love Fail feels like a revisiting, or extension, of that work—it's also scored for four voices, this time the vocal group Anonymous 4, and it also features hand bells. The source water, the English madrigal, is the same. But the temperature is a degree or two warmer, more hospitable to cellular life; the 15 pieces, spread across 50 minutes, touch on emotions closer to mundane existence—the difficulty of communication, the impossibility of remaining in the right.

As with much of Lang's recent work, Love Fail exists in a purposeful, elegant stasis—things change, but barely. His music is, in a sense, process music; you can hear, or feel, the motor that Lang feeds his ideas into whirring beneath the surface. He talks openly in interviews about being an ideas-first composer, one for whom sounds and notes come afterward. But his music always comes out sounding luminous, gorgeous, a reminder that processes are what people make of them. The material David Lang feeds into his processes contains his doubts, fears, bleak thoughts—his, or someone else's—that he is empathetic enough to channel directly into his music. They come out scrambled, but they quickly reassemble themselves in our perception, in much the same way our minds flip the upside down image our retina captures.

It is this empathy that lifts his music into an exalted, secular realm -- a place where we're forced to understand each other. On Death Speaks, he turned the figure of Death into someone beautiful, someone worth loving. On The Little Match Girl Passion, he rendered the slow death of the titular figure, alone on the street, into a gentle transfiguration, like a time-lapse video of a flower blooming. On "Forbidden Subjects," Lang examines a couple rendered slowly mute by an unnamed tragedy: "Soon most every subject they might want to talk about/ Is associated with your tongue, now they're unpleasant, see/ And becomes a subject they can't talk about/So that as time goes by there is less and less they can safely talk about." The mood is grave, but quiet, and tender—there are dark forces in his pieces, but they don't necessarily hold anything against you.

The complex emotions at the center of "He was and she was" circle around regret and loss: "She was so charming/ She was so lovely"; "He was an admirable man/ He was so admirable." Lang's scoring of the text draws the ear to the only word that matter to him in this construction: "was." The "he was" and "she was" are broken up into bits, one simply a repeating interval while another washes whispers of "hewashewashewashewashewas" around the feet of the piece. The specifics of what these people were aren't important; Lang wants us to meditate on the fact that they were, and no longer are.

"Right and Wrong," meanwhile, parses a series of mesmerizing, unnavigable rules about the divide in its title: "She knows she is right/ But to say she is right is wrong/ In this case, to be correct and say so is wrong/ In certain cases she may be correct, and may say so in certain cases/but if she insists too much, she becomes wrong/ So wrong that even her correctness becomes wrong by association." Read those lines on paper, and they drone like stereo instructions. But listen to Lang's setting of this text—two lower voices intoning like intercom beeps, the other two fluttering up like birds scared from a tree—and feel the grace of his animating touch. His mind can turn even the sharpest mental scrutiny into something resembling a loving caress. – Jayson Greene, Pitchfork 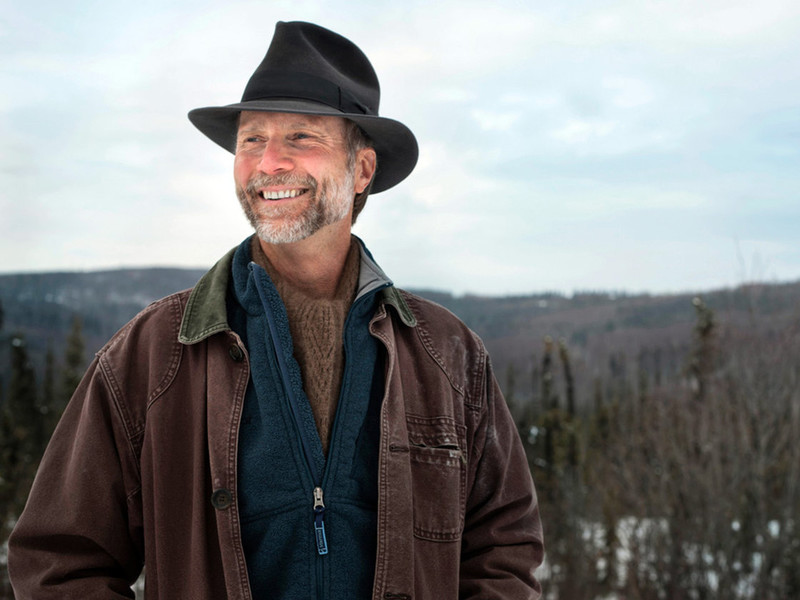 John Luther Adams, whose music is inspired by — and sometimes performed in — natural landscapes, has won the Pulitzer Prize for music for his symphonic work Become Ocean. The Pulitzer jury described the piece as "a haunting orchestral work that suggests a relentless tidal surge, evoking thoughts of melting polar ice and rising sea levels." The Seattle Symphony and music director Ludovic Morlot gave the world premiere June 20, 2013.

All of the finalists' works were premiered on the West Coast. The other two nominated composers were previous Pulitzer winner John Adams (no relation) for his oratorio The Gospel According to the Other Mary and Christopher Cerrone for the opera Invisible Cities;both of those pieces debuted in Los Angeles.

By telephone Monday afternoon, I located John Luther Adams, 61, in Houghton, Mich. (in the state's Upper Peninsula), where he is in residence at Michigan Tech. He said he was napping between classes when he got "a most welcome wakeup call" informing him he'd won the award.

TOM HUIZENGA: Your music is tied so wonderfully to the natural landscapes around us. And this piece Become Ocean is a particularly good example of this. Tell us about this piece.

JOHN LUTHER ADAMS: I've spent most of my life in the interior of Alaska, hundreds of miles from the nearest ocean, so I'm more of a mountain and tundra guy. But in recent years I've been spending more time by the Pacific Ocean and that was where I composed Become Ocean. As I like to say, it really wrote itself. All I had to do is sleep with the windows open at night and let the sound of the sea seep into my subconscious mind and get up in the morning and write it down.

HUIZENGA: Tell us a little about what Become Ocean sounds like, the scoring and the general feel of the piece.

ADAMS: As the title implies it's an ocean of sound. It's scored for large symphony orchestra, a bunch of percussionists, a large string section, full woodwinds and brass and even four — count them, four — harps. The orchestra is deployed as three separate ensembles. It's really a piece for three orchestras. The different instrumental choirs are separated as widely as possible in the performance space. It works in waves of orchestral sound, in different tonal colors and harmonies that ebb and flow, a bit like waves of the tides over the course of 48 or 50 minutes. And every now and then there are these big tsunamis of sound, when all the crests of all the waves coincide.

HUIZENGA: The Pulitzer jury described your piece as "a haunting orchestral work that suggests a relentless tidal surge, evoking thoughts of melting polar ice and rising sea levels." That made me wonder if you were thinking about global warming while writing this piece.

ADAMS: Aren't we all thinking about global warming all the time? It's perhaps the central defining issue of this moment in our history as a species, so it's always on my mind in everything that I do. It was certainly at the forefront as I composed this piece.

HUIZENGA: Are you trying to fuse us with nature in this piece? The title is Becoming Ocean and there's this push and pull between us as a species and the ocean. We came from the ocean, are we heading back there?

ADAMS: Maybe sooner than we think if we don't wake up and change the way we are living. Part of what I've tried to do in my music, in my life's work, is to try to help us broaden and deepen our attention to the larger music of the world that we inhabit — thru listening, maybe to remember our rightful place in the greater scheme of life on this beautiful stone spinning in space.

HUIZENGA: Any ideas of how winning this award might change your career?

ADAMS: I never thought much about career. I'm an artist. You know, I moved to Alaska in my 20s. I never studied with the right people at the right schools. Early on I didn't win the right prizes. It seems that every time I had the opportunity to make the right career choice, I made the wrong career choice, which in the long run turned out to be the right artistic choice. And now, after 40 years or more of doing this, it seems like maybe there's a larger audience for the work and that's profoundly gratifying. 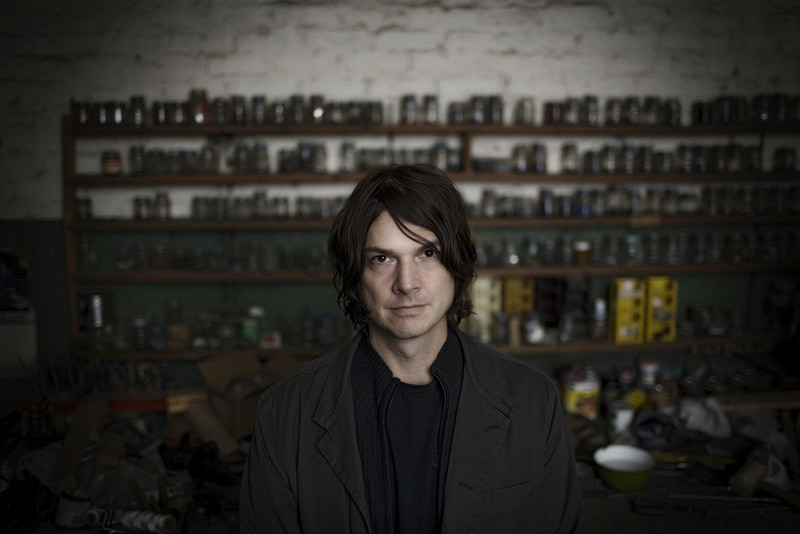 Compiled, edited and shot by our friend and colleague Gabriel Furtado, this nearly 7-minute mini-doc profiles Kotche as he digs into what motivates him as a composer, the making of Adventureland, his work with Wilco, his myriad sources of inspiration, and much more!

Italian director Paolo Sorrentino's film The Great Beauty -- a visually arresting portrait of "an aging writer's reflections on life and his search for meaning among Rome's idle rich" -- took the Oscar for Best Foreign Language Film at the Academy Awards last night. The film's soundtrack features two pieces by David Lang: I lie (with the Torino Vocal Ensemble) and world to come (with Maya Beiser).

The Great Beauty is still in the middle of its US theatrical run, and is being added to more screens after its Oscar win. Check listings here to see it where you live!