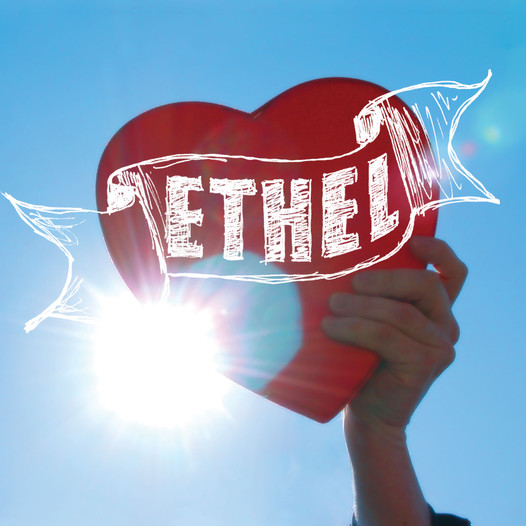 Ethel takes the category "crossover" to new levels in this CD featuring favorites from their road-tested repertoire. Robust Americana and fiddle tunes from across the world, originals and new comissions fill a CD that's as danceable as it is thought-provoking.

"A character from Thomas Mann's novel "Doktor Faustus" inspires Nepomuk's Dances. The author describes Nepomuk as an "...archaic child" who brings immense joy and ultimately, upon his tragic and premature death, tremendous sorrow to his reclusive uncle. The piece is divided into three movements - Fast, Slow and Fast - and was written for and dedicated to the members of Ethel." – Marcelo Zarvos

"Sambula in D was was inspired by and originally scored for the collaboration of Ethel and Gutbucket, "New York's Punk/Jazz Kerzoom." With elements of dance music from Hawaii and Brazil, bebop and rhythmic improvisation, it combines apparently disjunctive motives into a cohesive structure. The piece was conceived as part of a commission for the members of Ethel by the Jerome Foundation and the Greenwall Foundation." – Mary Rowell

"Lighthouse is a bittersweet groove in three sections. To me, the image of a lighthouse conjures feelings of both loneliness and hope. Lighthouse was commissioned by the fusion ensemble Nurse Kaya, and first performed by that ensemble in August of 2004. I am thrilled to have arranged it for Ethel, and I love playing it with Mary, Dorothy, and Ralph." – Cornelius Dufallo

"Chai was commissioned by the Preparatory Division of the New England Conservatory of Music. Originally conceived as a trio, it started out as an exploration of a rock style for violin, viola and cello. Never one to be left out of a tea party, Ethel got her hands on it and made another place at the table. Her manners are a little rough, but the brew is nice and spicy. It's the second piece I've ever written down, and I'm as amused as anyone at the form it took." – Dorothy Lawson

"Requiem, originally a sparse, stark and pensive piano solo, moving into blues, evokes the feel of a New Orleans funeral
ritual. In the traditional Louisiana form, a minor-key march erupts into a triumphant Major-key heterophonic jam, the band celebrating the deceased's entrance into heaven. In Tristano's Requiem, the blues that follows the procession-like opening section is intimate and melancholic, an inward-looking take on the tradition." – Mary Rowell

"This tune never fails to make me smile, and it was the perfect confection to bring to Ethel. Pelimanni is the Finnish version of a classic Nordic folk dance music, and it is the younger of the two main Finnish folk music traditions, the other being kalevalaic music (a storytelling vocal tradition). Tonal in origin, pelimanni music evolved as a fiddle style and eventually incorporated harmoniums, accordions and clarinets. The Finnish region of Kaustinen became the hub for pelimanni music, and it was there that Alakotila, with co-founder Arto Jarvela founded the sensational JPP in 1982. Fun fact: The CD upon which this tune was originally featured is entitled "Kaustinen Rhapsody". Check it out!" – Ralph Farris

Timo Alakotila is a huge figure in the Finnish music scene. A harmonium player, pianist, composer and arranger, he holds faculty positions at the Sibelius Academy Folk Music Department and Helsinki Pop & Jazz Conservatory. Timo has collaborated with such artists as Bela Fleck, Jerry Douglas, Karen Tweed and Mollie O?Brien and has been commissioned by The BBC Concert Orchestra, Tsuumi dance group, Unto Tango Orchestra and the Sibelius Academy Folk Music Department.

"Ethel would like to settle down and relax after a long day's work and watch something she has recorded, but she's so tired, that she drifts off before she's even made it through the opening credits. She sleeps fitfully as mixed messages from her program, along with countless advertising breaks and news bulletins, infomercials and cultural programs scan forward and backwards across her closed eyelids and seep in through her vulnerable open ears. Ethel is puzzled as her dreams are re-written and edited to please the corporate sponsors and their themes are influenced by the whims of the underwriters. She becomes disoriented as time stretches, condenses, pauses, races forward and backwards, and she finally wakes up with her head on the TV remote." – Pamela Z.

"After Dust, written for Ethel, is from the evening-length Dream House, for string quartet with accompanying multi-image
video surrounding the musicians. Dream House serves as a commentary on cycles of time, the rhythm of work, and the intertwined nature of destruction and creation. The stunning video imagery for the work (edited by Daniel Polsfuss) is based on footage collected at three construction sites, including one in which an existing house was demolished to make room for construction of a new home on the same site. After Dust follows a dramatic destruction scene and is heard as the dust settles and excavation begins." – Mary Ellen Childs

"In the last few years, I have gained confidence, inspiration, and spiritual grounding in gospel culture. Black religious music is the elephant in the room when any serious discussion of serious music takes place. So much of the great music of the sixties and seventies was made by vocalists with gospel roots. While Aretha and Ray Charles are the obvious giants, Marvin Gaye is right there with them. His was a subtle art. His melismatic improvisations seemed to happen almost in slow motion. He was seldom flashy, always sexy. I saw him several times, the final time in Boston. He flashed the audience several times and when he'd howl like a wolf, the women in the audience would scream on cue. A careful examination of his line reveals a complicated blues structure, full of bends and tears; a Sinatra-like smoothness; and a consistently dirty mind. His personal life was troubled, particularly his relationship with his father, who ended up killing him. What a story! I think he's a great subject for a string quartet, if not a mini-series." – Don Byron

"Also Sprach Einstein is yet another arrangement of Sambula. It is a sort of "re-mix" that was inspired by and features the vocal stylings of Einstein the African Gray Parrot, who resides at the Knoxville Zoo, (TN). Einstein's vocal track enhances the inherent party sensibility of the tune." – Mary Rowell 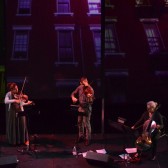 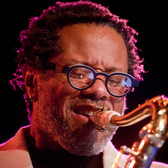