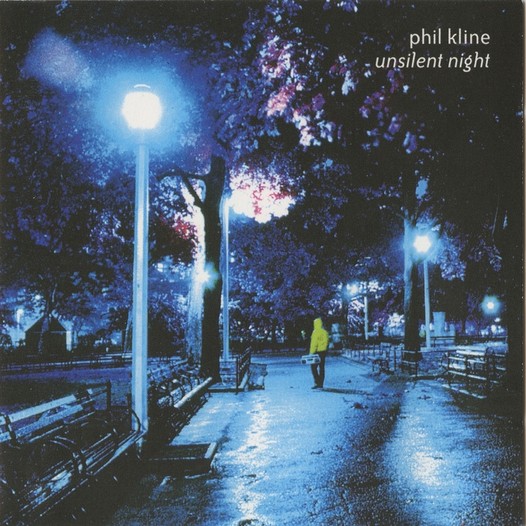 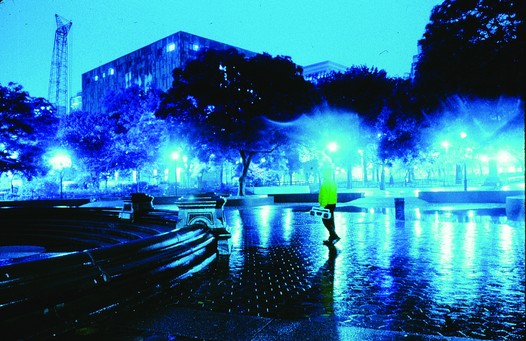 In what has become a cult holiday tradition, Phil Kline goes "electronic caroling" through the streets of Greenwich Village with a parade of boomboxes. Kline creates a euphoric blend of other-worldly voices and bells. Unsilent Night is the first recording of this 21st century ritual. Perfect as an avant-garde stocking stuffer!

"Every year since 1992 I've presented Unsilent Night, an outdoor ambient music event for an INFINITE number of boomboxes. It's like a Christmas caroling party except that we don't sing, but rather carry boom boxes, each playing a separate tape or CD which is part of the piece. In effect, we become a city-block-long stereo system."
- Phil Kline

"It immerses a listener in suspended wonderment, as if time itself had paused within a string of jingling sleigh bells."
- Jon Pareles, The New York Times

"It's rare when a record for the season also makes a bid for record of the year."
- K. Leander Williams, Time Out NY

"If an avant-garde Christmas record exists, this is it."
- Bradley Bambarger, Stereophile

"Now hitting its 15th year, Unsilent Night has been performed across the world, from Berlin to Tallahassee, and has been recreated in the studio for a gorgeous CD on Bang on a Can's Cantaloupe Music label. One of few Christmas albums actually worth buying, the disc is an ambient wash of heaven-sent shimmer, recognizable as seasonal mostly for its modulating bells and time-stretched hymnal melodies."
- The Onion

Notes on the Recording by Phil Kline

Unsilent Night began with the simplest of aims: I wanted to have a Christmas party. I produced a multichannel tape, recorded the separate strands of the music onto cassettes, got a few dozen friends with boomboxes together and gave them each a cassette. We started them all at once and walked around the Village [in Manhattan], creating a block-long stereo image for an audience which consisted of us and whoever happened to be passing by. It was one of those experiments that worked beyond expectation. The music spread and filled the air in such a way that it was difficult to pinpoint where it was coming from even when in the middle of it. The sound mass seemed alive, blurring and oscillating due to slight variations in speed and pitch, and a constantly evolving polyphony was created in the moving throng as one could hear individual machines suddenly coming into focus, then receding back into the overall cloud of sound. That was December of 1992. Unsilent Nighthas been presented annually since then, with the music changing a bit year by year and the crowds getting much larger. The 2000 version heard here consists of material composed between 1994 and 1999. Since it is a piece of music meant to accompany a walk, here?s a quick intinerary:

Unsilent Night: We meet and begin by the fountain in Washington Square Park.

The Milky Wa": leaving the park and heading east to Broadway.

Rondes des mages: turning left on Lafayette. (In 1994 we began on the East Side and this music played as we walked around Tompkins Square.)

The Crossing: negotiating those traffic lights on Bowery by Cooper Union.

From Light: arriving in the quiet of the East Village, 7th Street to Second Avenue. The antiphon "Lux de luce" is from a 13th century English manuscript.

On the Waters of the Sun: Saint Mark's Place, 2nd Avenue to Tompkins Square. The hymn "Christum wir sollen loben schon" is by Martin Luther.

Schones Klang: arriving at the gates of Tompkins Square. The title came from a passing pedestrian in Berlin last year.

Angels of Avenue A: winding through Tompkins Square Park until we end up under the big trees on the south side.

Lurking behind the musical novelty is the fact that this is a Christmas piece. Christmas is a multi-layered phenomenon in our times, an ancient observation of winter solstice and the awaited return of the sun, melded into the biblical drama of persecution, flight and miraculous birth, and, finally, the modern drama of family reunions, big meals and shopping quandaries. It is a happy season frought with the tension of anticipation and for some people, burdened by the realization that they may not get what they want, it is the most stressful and depressing few weeks of the year. That drama, along with the bustling theater set that is New York City at Christmas time, provides some of the background for this piece. I think I was hoping to give a gift and, perhaps immodestly, show that sometimes good things do come right out of thin air. 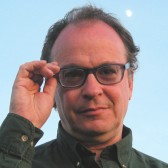