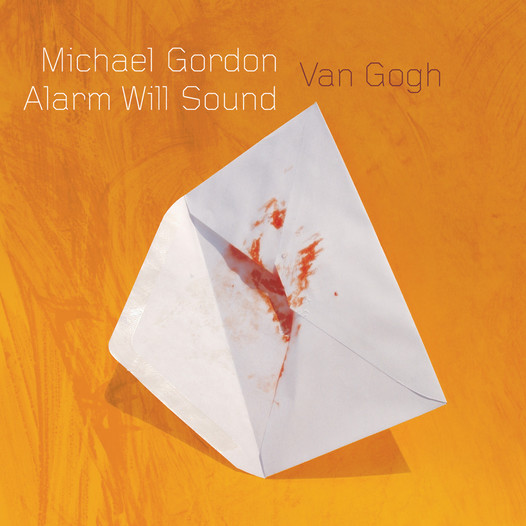 "it's hard-hitting, edgy, but includes music of impassioned lyricism."

I started writing Van Gogh because of my total love and obsession with the letters Vincent Van Gogh wrote to his brother Theo. I made trips to Holland and Southern France, Arles and St. Remy, to explore and get the vibe of the area. I started working on these songs in the late 1980s. I wrote Borinage first and used to sing it myself.

The piece developed into a theater work and a collaboration with a video artist, and the early presentations of the piece were called "Van Gogh Video Opera." There were two complete original performances of the piece with video, one in Vienna and one in New York. There was a long lag between the early performances in the 1990s and Fall 2003, when the Crash Ensemble did it in Dublin without the video part, which I had eliminated. I re-orchestrated the piece for that performance, adding 3 instruments (cello, bass, piano). Alarm Will Sound played that version of the piece in New York in April 2005 at Merkin Hall after which, Alarm Will Sound suggested that we record the piece. I have always loved this work and Alarm Will Sound's performance and recording is everything I could have dreamed of - funky, passionate, and precise.

The piece is divided into six parts and I put together the final texts myself, drawing from the letters Vincent wrote to Theo, in many cases combining lines from different letters or from different places in the same letter. What attracted me so much to these letters was the pain, the rawness, and the brutal honesty. I really found it hard to believe that anyone could tell another person, even his brother, the raw emotions that he experiences - so painful, so lonely, so humiliating.

London
The text is taken from a letter that Vincent used to try to get a job at a church. It's basically his resume or his letter of self-introduction, so awkward and painful to read, and completely inappropriate for the purpose.

Borinage
Vincent Van Gogh tried formal studies in theology but couldn't get through the academic part of it, so instead he got a quick diploma from an evangelical school and was sent to work in the coal mine district of Belgium among the miners. He took his mission a bit too seriously, descending into the mines with the miners and subsequently walking around town with the same blacken soot the town folk had on and even the Evangelicals considered him too far-out, too wild, and kicked him out. The subject of Borinage is his reaction to the "old academic school," which in this case is organized religion.

The Hague, part 1
Van Gogh leaves the church behind and moves to The Hague where he starts to draw and paint. He had family connections there with art dealers and they were ready to bring him into the family business if he would paint things that were "sell-able." He eventually totally alienated them by taking up with a prostitute whom he lived with for 2 years. In the text to The Hague One, he writes to Theo about this woman: "we need not get drunk to feel something for each other, just put into your pocket what I can spare?" He also writes, "sometimes when I walked the streets so lonely and in misery without money, I felt that they were my sisters."

The Hague, part 2
Hague Two is the first place in the piece that painting is dealt with. Vincent is still early in his painting career, he's still figuring out what to do and how to do it. A total outsider, he understands the plasticity of the "art market," and then later relates to Theo a humiliating encounter with his art contacts. And all this time, Theo is supporting Vincent, so he's further humiliated into asking Theo "the sooner you can send the money the better it would be for me. I spent my last penny on this stamp."

Arles
Arles is mostly instrumental although there are some lines of spoken text.

St. Remy
Here, Van Gogh has already moved to Southern France and done most of his great work. He has developed some kind of violent seizure, like an epileptic attack, suddenly and without warning. He's committed himself to a mental institution, thinking that maybe he can get some help or at least they will prevent him from further violently hurting himself. This perhaps is my favorite section, built on 2 chords that go back and forth. At the end I set a description of a painting he works on at St. Remy.

The Van Gogh opera is amongst my favorite Michael Gordon works: it's hard-hitting, edgy, but includes music of impassioned lyricism. On first hearing it, I was immediately moved by the story Michael tells of Van Gogh's life - his adolescent anxieties, professional challenges, and the sort of transcendence that comes with his eventual institutionalization. Michael brings a directness and intimacy to the Van Gogh story by sharing it entirely through the artist's own private letters, and this emotional directness makes for some of his most powerful music. – Alan Pierson 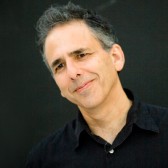 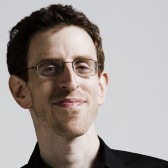