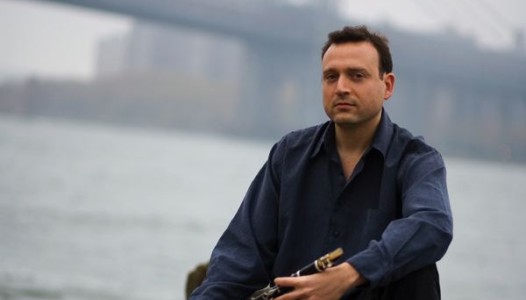 Described by the Toronto Star as an "eclectic with wide open ears, Grammy-nominated composer and clarinetist Derek Bermel has been widely acclaimed for his creativity, theatricality, and virtuosity. Bermel's works draw from a rich variety of musical genres, including classical, jazz, pop, rock, blues, folk, and gospel. Hands-on experience with music of cultures around the world has become part of the fabric and force of his compositional language.

The recent CD of Bermel's orchestral works on BMOP/Sound was nominated for a 2010 Grammy, and a new CD of his large ensemble by Alarm Will Sound will be released on the Cantaloupe label this fall. He is founding clarinetist of Music from Copland House and has performed his clarinet concerto with more than a dozen orchestras, including the Los Angeles Philharmonic, BBC Symphony Orchestra, and at the Beijing New Music Festival.

As an educator, he founded the groundbreaking Making Score program for young composers at the New York Youth Symphony and regularly leads masterclasses at universities, conservatories, festivals, and concert venues worldwide. Mr. Bermel holds B.A. and D.M.A. degrees from Yale University and the University of Michigan. His composition teachers were William Albright, Louis Andriessen, William Bolcom, Henri Dutilleux, André Hajdu, and Michael Tenzer, and he studied clarinet with Ben Armato and Keith Wilson. He also studied ethnomusicology and orchestration in Jerusalem with André Hajdu, later traveling to Bulgaria to study Thracian folk style with Nikola Iliev, to Brazil to learn caxixi with Julio Góes, and to Ghana to study Lobi xylophone with Ngmen Baaru. Derek Bermel's music is published by Peermusic (North/South America & Asia) and Faber Music (Europe & Australia). 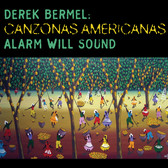