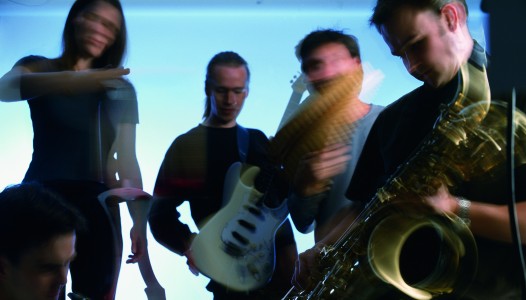 Icebreaker is a 12-piece contemporary music group founded by James Poke and John Godfrey in 1989. Over the course of three decades, the group has developed into one of the most exciting and cutting edge contemporary music ensembles in the world. Their characteristically individual repertoire includes some of the best known and most influential composers in contemporary music, such as Michael Nyman, David Lang, Michael Gordon, Gavin Bryars, Brian Eno, Philip Glass, Terry Riley, Barry Adamson and Donnacha Dennehy.

Icebreaker is not easy to categorize or pigeonhole in any musical sense. They create a music that appeals to contemporary classical, rock and alternative music audiences alike. Given the group's unusual instrumental combination, Icebreaker represents a unique voice in British music making. Concert appearances have spanned the whole of the UK and Europe, as well as performances in the US. The ensemble has been invited to appear at most major contemporary music festivals and venues including Meltdown, the Huddersfield Contemporary Music Festival, the Aarhus, Gent and Budapest festivals and the NYYD Festival in Estonia. Frequent visits to the United States include three appearances at New York's Bang on a Can Festival and a performance at Carnegie Hall with the American Composers' Orchestra in Stewart Wallace's Book of Five.

Icebreaker has recorded for Argo/Decca. Their first complete recording, Terminal Velocity, was released to great critical acclaim in 1994. The second album, Trance by Michael Gordon was released in 1996. Contributions to compilation albums include works by Graham Fitkin (Argo), and Steve Martland and John Godfrey (Century XXI A - M / NewTone). Rogue's Gallery (NewTone), contains works by Michael Torke, David Lang, Godfrey, Martland and Andriessen. Further recordings include Diderik Wagenaar (Composers' Voice) and Extraction (between the lines), both released in 2001. Cantaloupe released remastered versions of Trance and Terminal Velocity in 2004 and 2005.

Tanzwerk Nornberg, the West Australian Ballet and the Pacific Northwest Ballet of Seattle have used Icebreaker's recordings for performances. In June 1998, Icebreaker appeared as guest performers with The Royal Ballet for a ballet by Ashley Page called Cheating, Lying, Stealing (music by Michael Gordon and David Lang) as part of the centenary celebrations for Dame Ninette de Valois' 100th birthday. In 2003, Icebreaker performed Ashley Page's choreography together with the Scottish Ballet in several performances in Edinburgh and Glasgow.

In summer 2009, Icebreaker premiered the live version of Brian Eno’s classic ambient album Apollo (music by Brian Eno, Roger Eno & Daniel Lanois) at the Science Museum IMAX cinema in London, performing live with the film “For All Mankind” by Al Reinert to celebrate the 40th anniversary of the moon landings. The new arrangement was made by South Korean composer Woojun Lee, chosen personally by Brian Eno and Icebreaker for the project, and featured the distinguished pedal steel guitar player BJ Cole. The performances received an enthusiastic 5-star review in London’s Guardian newspaper and widespread acclaim.

In spring 2010, a revised version of the arrangement was made by Lee, which was first performed at the Brighton Dome in two sell-out events as part of the Brian Eno-curated Brighton International Festival, the concerts also including song arrangements with Brian Eno appearing personally on vocals. The Apollo project has toured extensively since, including two sold-out concerts at London’s Queen Elizabeth Hall, as well as performances at Camp Bestival, the Aldeburgh Proms, Glasgow City Halls, The Sage Gateshead, Dublin’s National Concert Hall, Birmingham Town Hall, and other venues in the UK, Ireland and Belgium. 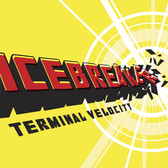 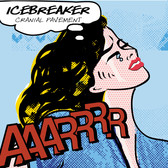 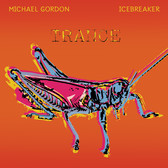