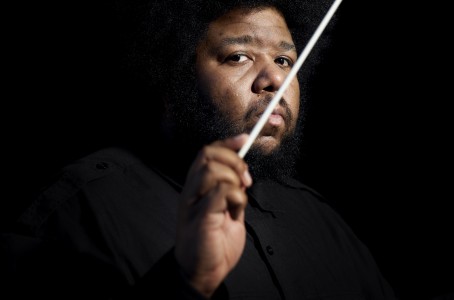 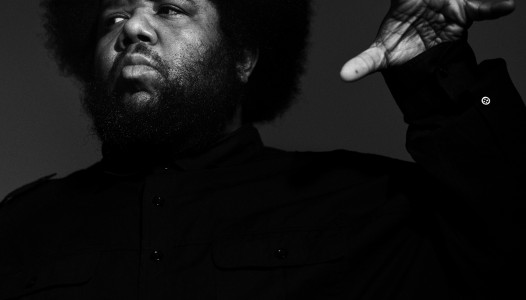 Newark-born composer and multi-instrumentalist Tyshawn Sorey (b. 1980) is celebrated for his incomparable virtuosity, effortless mastery and memorization of highly complex scores, and an extraordinary ability to blend composition and improvisation in his work. He has performed nationally and internationally with his own ensembles, as well as artists such as John Zorn, Vijay Iyer, Roscoe Mitchell, Muhal Richard Abrams, Wadada Leo Smith, Marilyn Crispell, George Lewis, Claire Chase, Steve Lehman, Jason Moran, Evan Parker, Anthony Braxton, and Myra Melford, among many others.

The New York Times has praised Sorey for his instrumental facility and aplomb, “he plays not only with gale-force physicality, but also a sense of scale and equipoise”; The Wall Street Journal notes Sorey is, “a composer of radical and seemingly boundless ideas.” The New Yorker recently noted that Sorey is “among the most formidable denizens of the in-between zone…An extraordinary talent who can see across the entire musical landscape.”

Sorey has composed works for the Los Angeles Philharmonic, the International Contemporary Ensemble, soprano Julia Bullock, PRISM Quartet, JACK Quartet, TAK Ensemble, the McGill-McHale Trio, bass-baritone Davóne Tines, Alarm Will Sound, the Louisville Orchestra, and tenor Lawrence Brownlee with Opera Philadelphia in partnership with Carnegie Hall, as well as for countless collaborative performers. His music has been performed in notable venues such as the Walt Disney Concert Hall, the John F. Kennedy Center for the Performing Arts, the Village Vanguard, the Ojai Music Festival, the Newport Jazz Festival, the Kimmel Center, and the Mostly Mozart Festival at Lincoln Center.  Sorey has received support for his creative projects from The Jerome Foundation, The Shifting Foundation, Van Lier Fellowship, and was named a 2017 MacArthur fellow and a 2018 United States Artists Fellow.

Sorey has released twelve critically acclaimed recordings that feature his work as a composer, co-composer, improviser, multi-instrumentalist, and conceptualist. His latest release, Pillars (Firehouse 12 Records, 2018), has been praised by Rolling Stone as “an immersive soundworld… sprawling, mysterious… thrilling” and has been named as one of BBC Radio 3’s Late Junction 2018 albums of the year.

In 2012, he was selected as one of nine composers for the Other Minds Festival, where he exchanged ideas with such like-minded peers as Ikue Mori, Ken Ueno, and Harold Budd. In 2013, Jazz Danmark invited him to serve as the Danish International Visiting Artist. He was also a 2015 recipient of the Doris Duke Impact Award. Sorey has taught and lectured on composition and improvisation at Columbia University, The New England Conservatory, The Banff Centre, University of Michigan, International Realtime Music Symposium, Harvard University, Hochschule für Musik Köln, Berklee College of Music, University of Chicago, and The Danish Rhythmic Conservatory. Sorey will join the composition faculty of the University of Pennsylvania in the Fall of 2020. 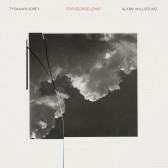